“Aren’t Redfish just like Carp in saltwater?” That was the question I heard most when planing this trip. I didn’t know what to say at the time but after going and doing it myself, I can definitively tell you that Redfish are like no carp i’ve ever caught.

The day after Halloween I boarded a plane in Phoenix. At the same time my good friend Brandon from Utah was doing the same. Several hours later we both arrived in New Orleans and excitedly talked about fishing for a brand new species, in a place I had never been. That night we walked up Bourbon street to people watch, ate gulf oysters on the half-shell, and finished the night with piping hot beignets. We went to bed with the smooth sound of live Jazz music still ringing in our ears. Life was good. 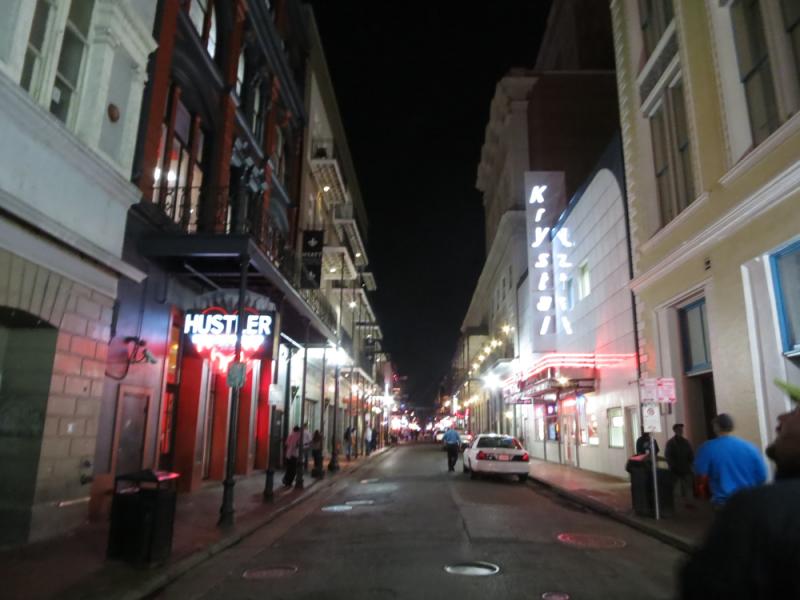 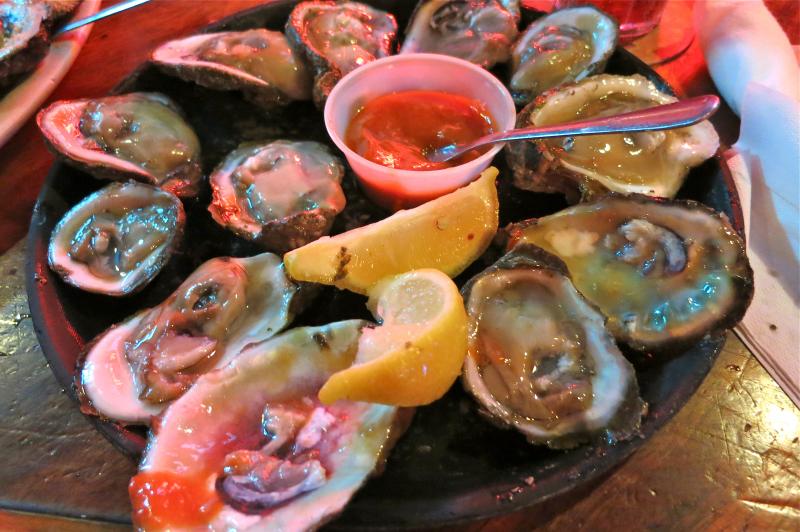 Early the next morning we were picked up by our guide, Captain Miles LaRose who owns Shallow South. With high hopes we headed South for three days of fishing. As the sun rose our surroundings changed quite a bit from the night before. 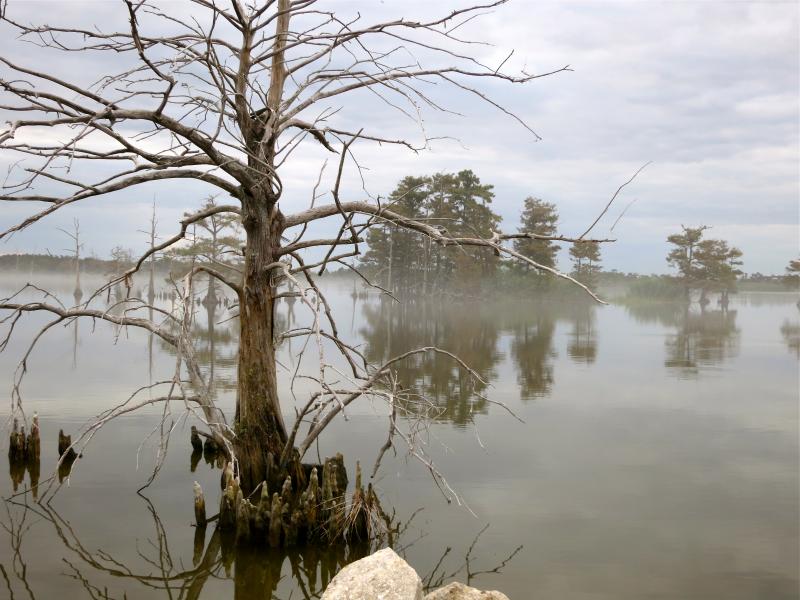 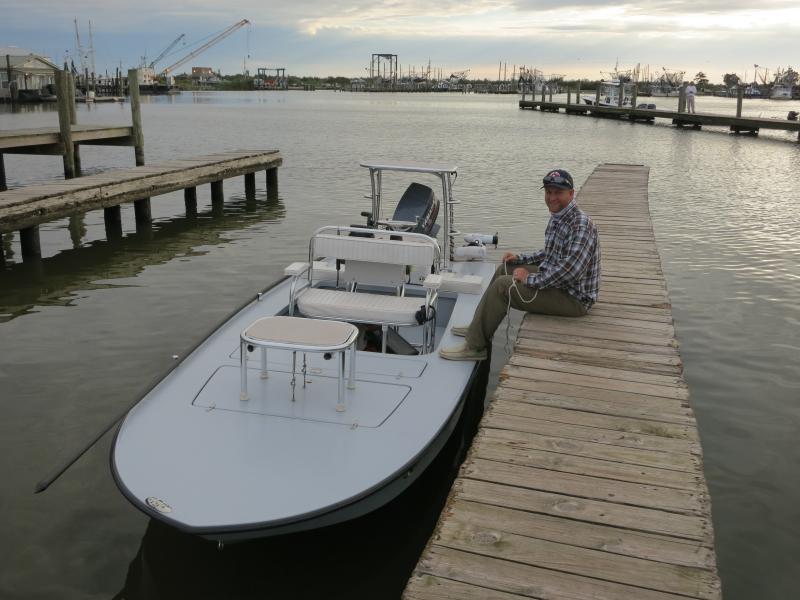 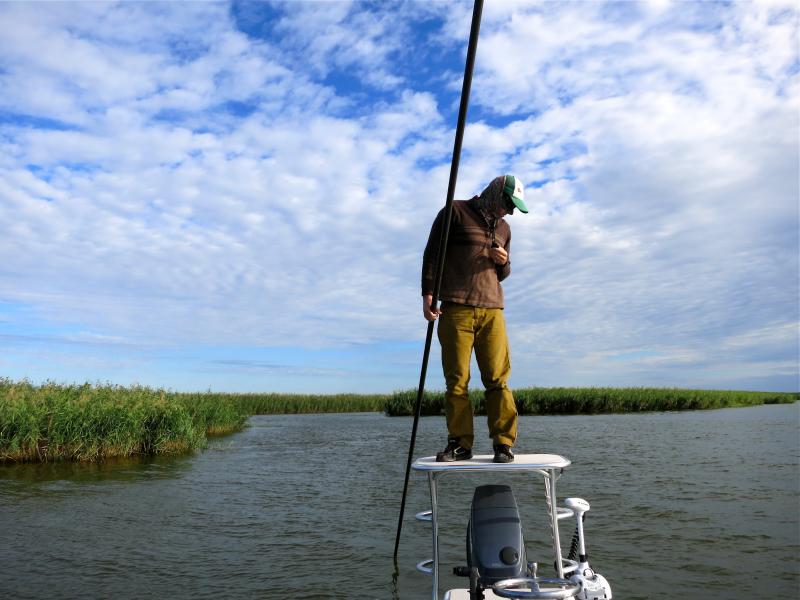 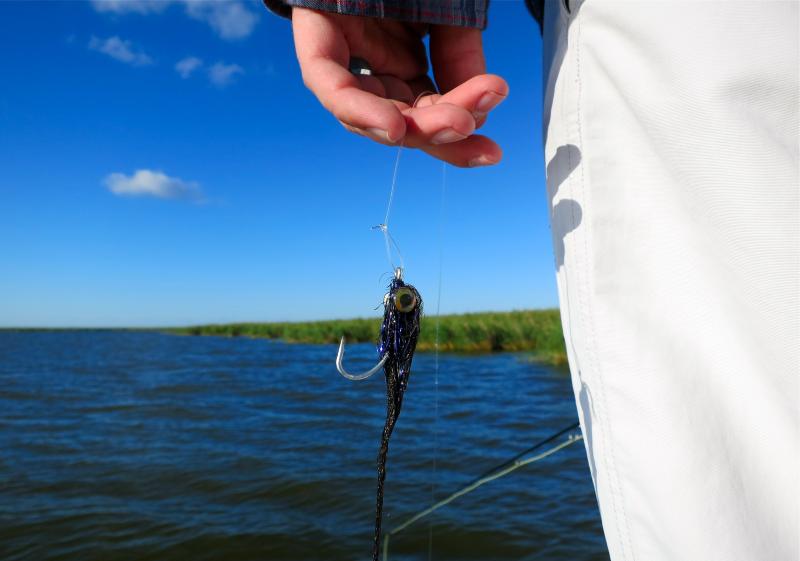 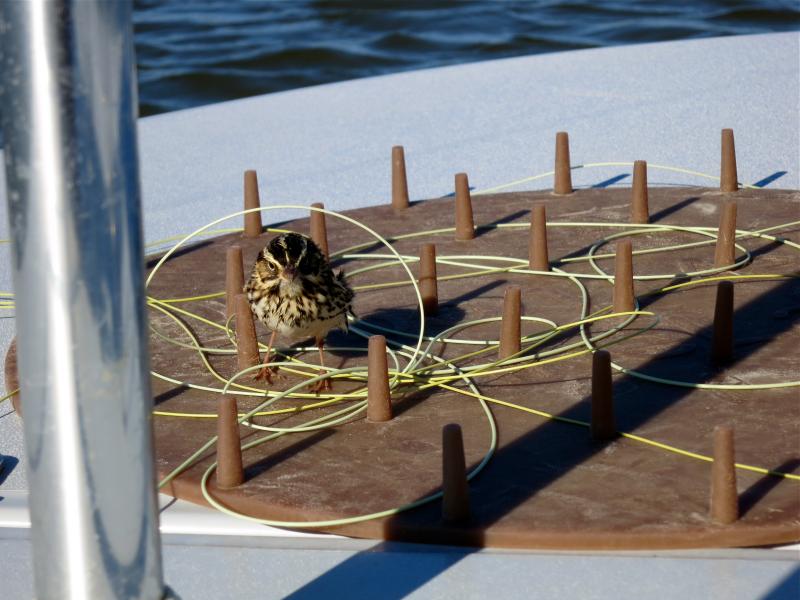 Miles worked hard for us and is a redfish finding machine. He spotted hundreds of fish over the next three days and put us in casting distance to a good portion of them. Back to the carp thing. When fishing for carp you make delicate casts out in front of the fish and slowly move the fly in front of it. The carp eats the fly which you find out by the line coming tight and then you are pretty much hooked up. Redfish are a saltwater fish, their mouths are more on the front of their heads and the takes are not light. As Miles said, “its all about the eat with Redfish”. If you land the fly in front of the fish and strip it hard the fish turns on the turbos and DEMOLISHES the fly! Redfish eats are much more like a shark than a carp. Their speed is shocking when you see it first hand.

After some initial nerves getting the best of us, we settled down and caught lots of big Reds. Here are a few of the better ones. 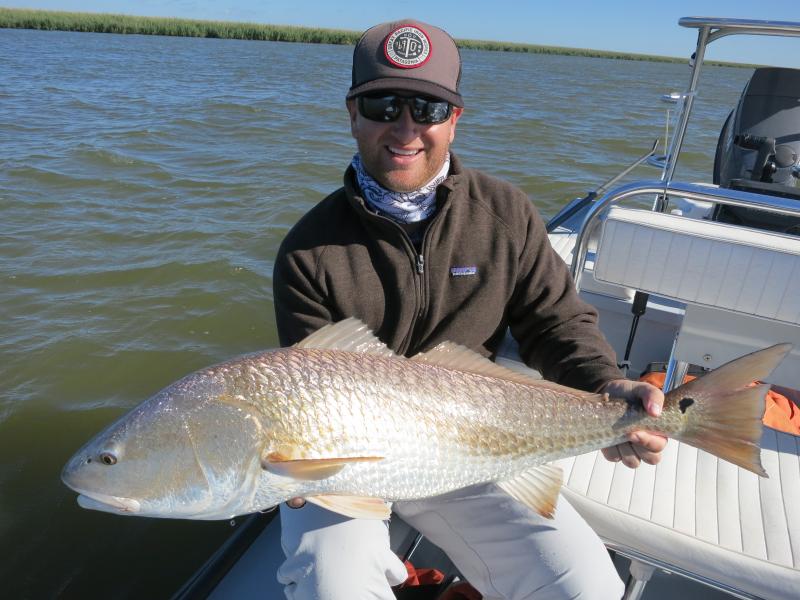 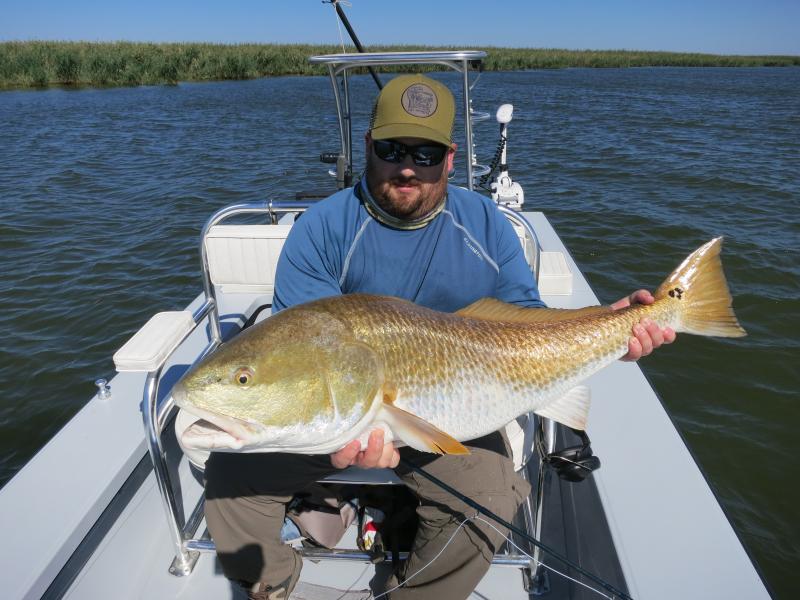 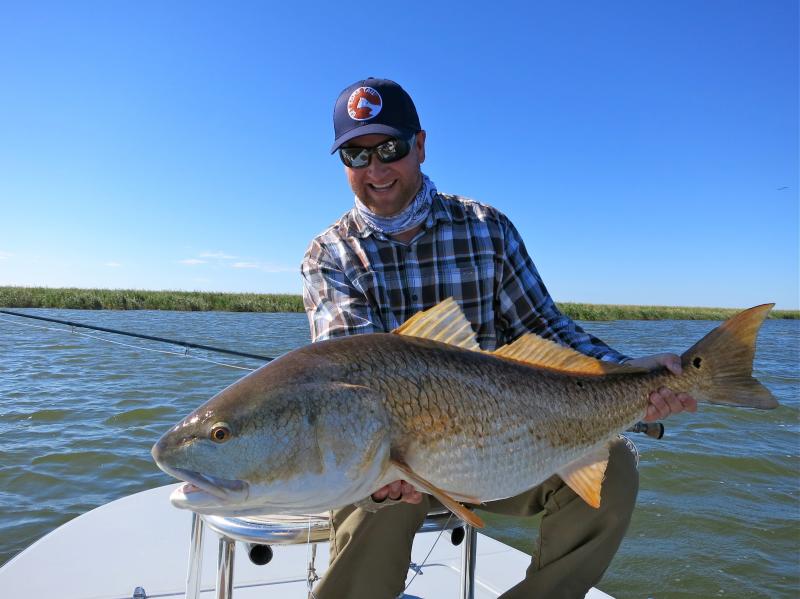 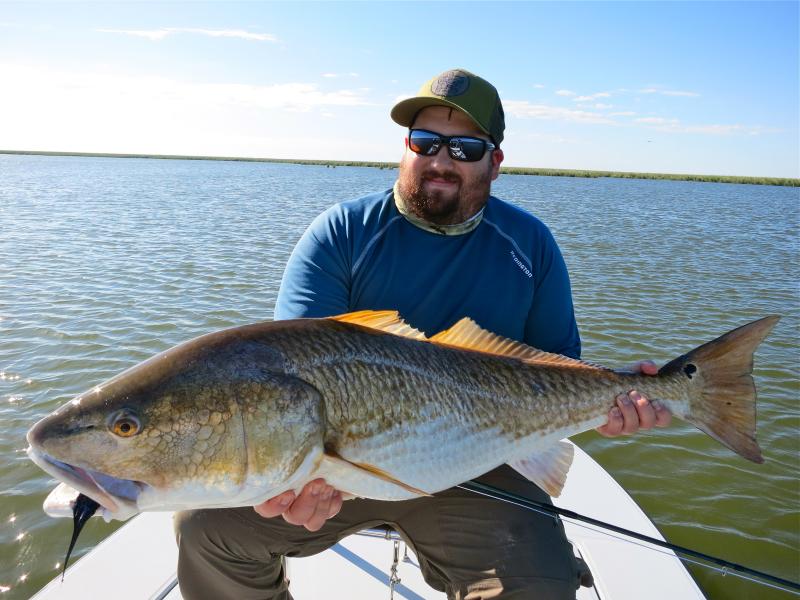 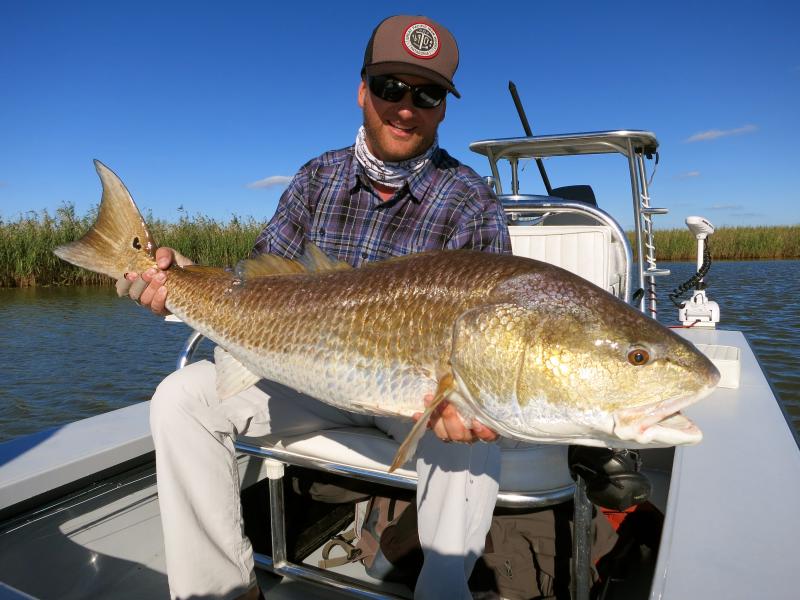 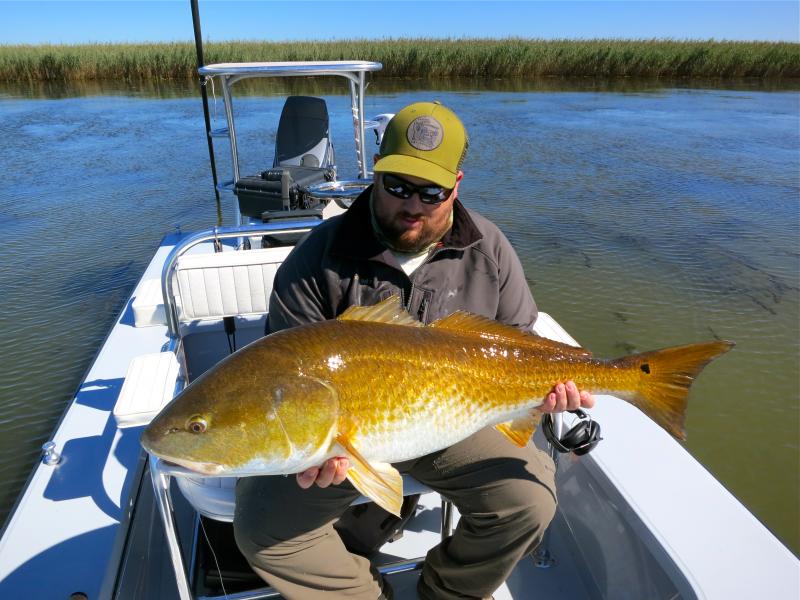 My biggest weighed 28 lbs and Brandon ended up in the dirty thirty club with the 33 lb giant pictured above. Louisiana blew my mind and I look forward to returning sometime in the near future. Redfish are a great gamefish. The shallow water they live in makes them ideal targets for fly fishers. If you want visual takes, right at the boat, from big healthy fish you gotta give Miles a call. Until next time Louisiana. 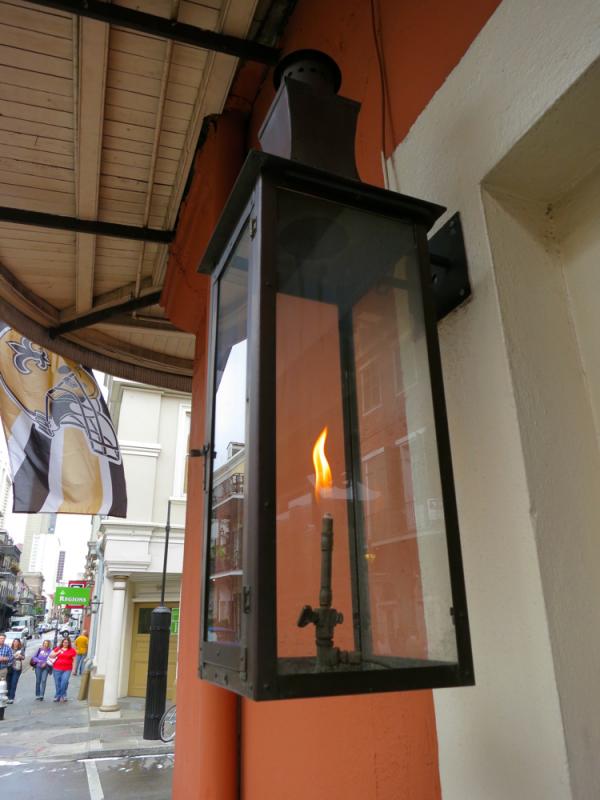 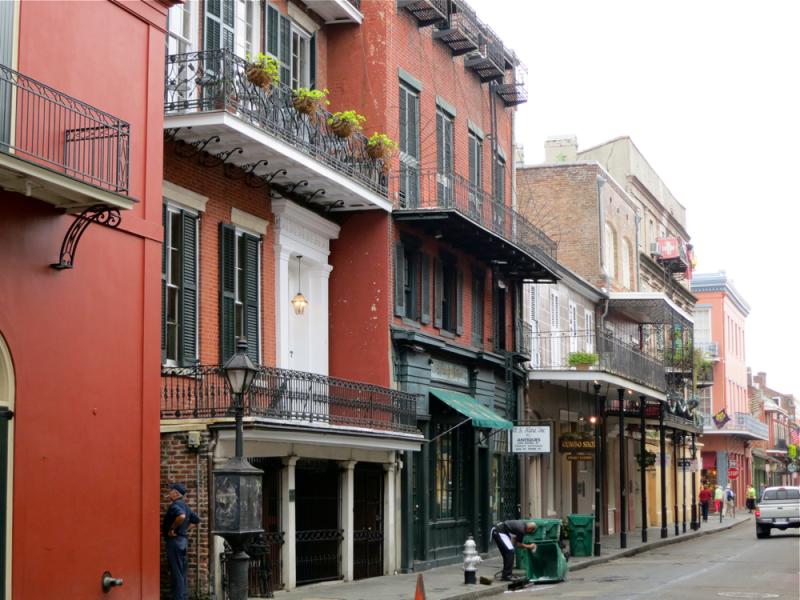 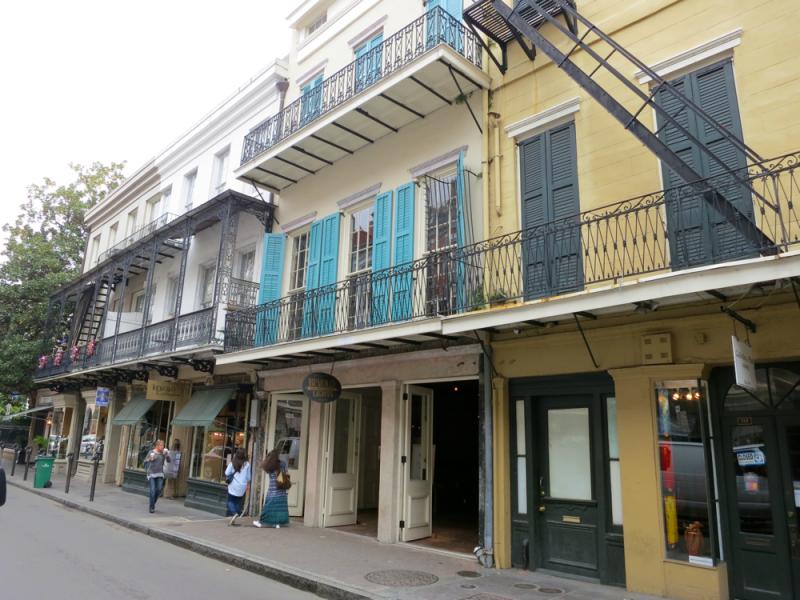 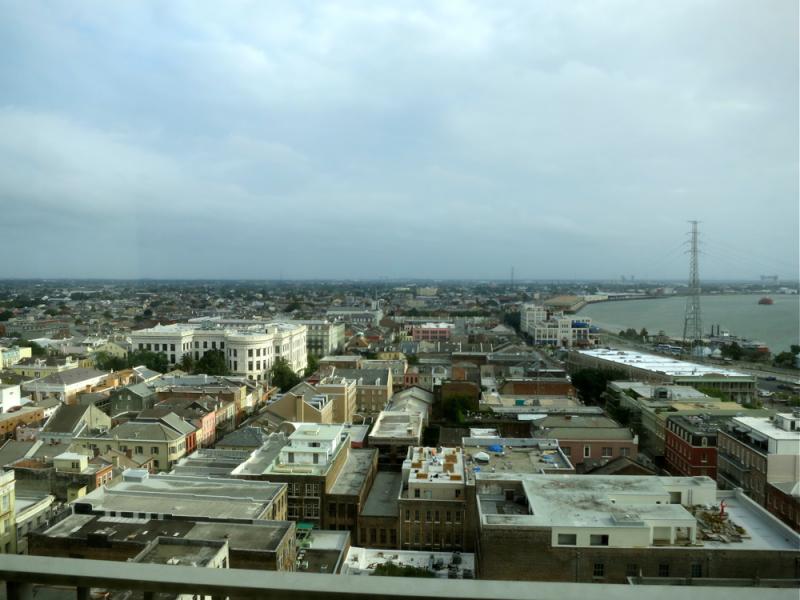 More Redfish goodness from our trip…

Louisiana Redfish from SWYD on Vimeo.