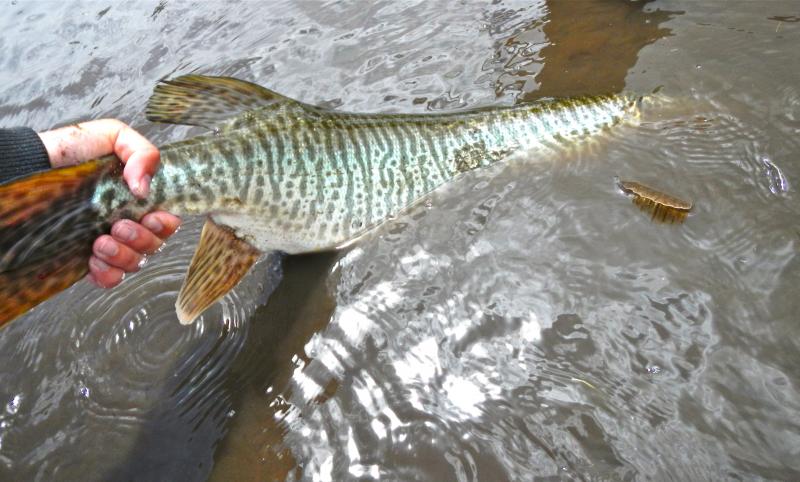 Land of Enchantment… and Tiger Muskie

With my first son set to be born sometime next month, this would be my last fishing trip for a few months. Some close friends and I headed east from Arizona and over the border into New Mexico, the “land of enchantment”. Two lakes in New Mexico had a major problem with invasive goldfish overtaking the lakes. These goldfish grew as large as a couple pounds and competed with trout for food. Rather than poisoning the lakes and starting over the Fish and Game planted Tiger Muskie. These predatory fish eat other fish, grow very large, and cannot reproduce as they are a hybrid between Northern Pike and Musky.

On the way, driving in the dark we came face to face with a huge bull elk. Kirk hit the skids and narrowly escaped a run in with the beast. The encounter left all of us a bit shaken but free of harm.

We set camp around 1:00 am and slept hard right on the lake. Pulling ourselves from the warm sleeping bags was hard but DJ promised delicious breakfast and did not disappoint frying a pound of bacon and then turning out the most delicious cinnamon french toast from his seasoned cast iron. 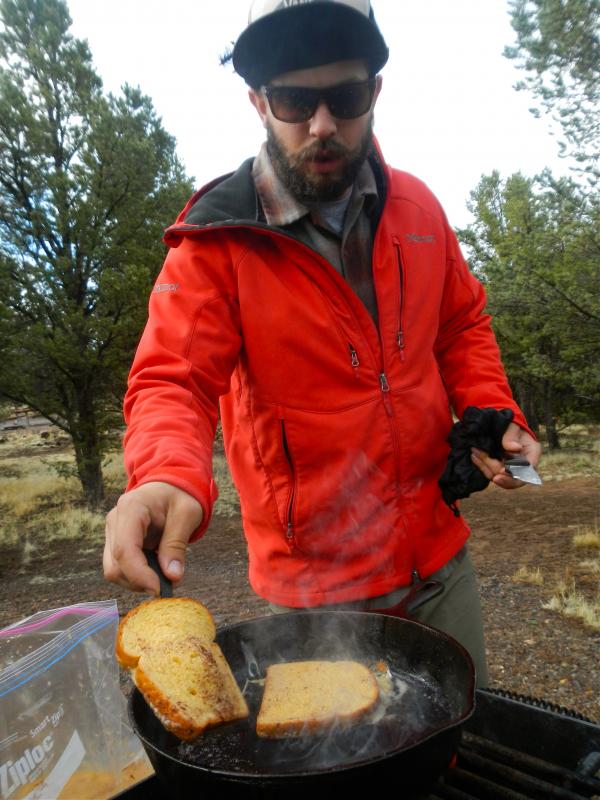 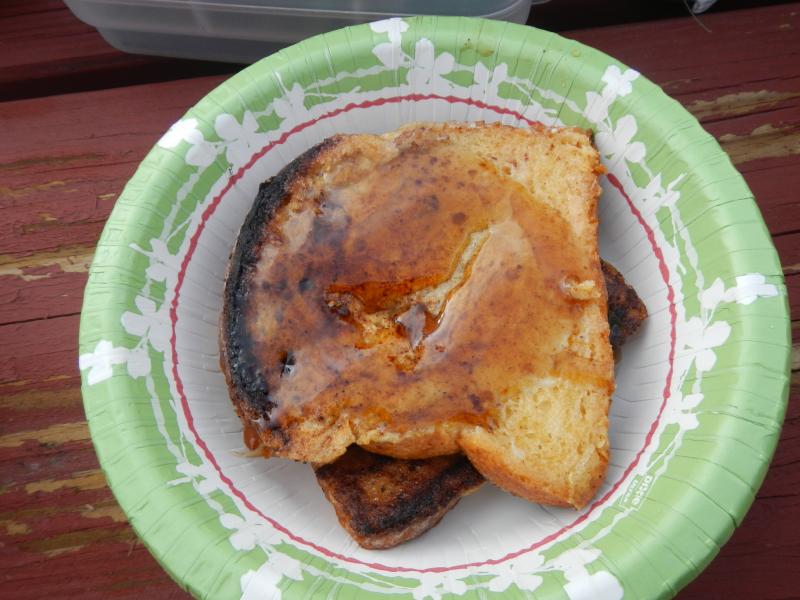 I was anxious to hit the water and rigged up the Sages and big flies.

Once on the water the clouds and wind came up and we dealt with some pretty serious weather. I stubbornly continued throwing the big bright flies with some follow but no takes. At one point after stripping the fly to my feet I looked down and saw a Tiger Musky that must have been 25 pounds. He just laid there on the bottom, four feet from me, blowing bubbles out his gills. I’m not going to lie, I was a little scared to see a fish so big while my legs dangled in the lake. 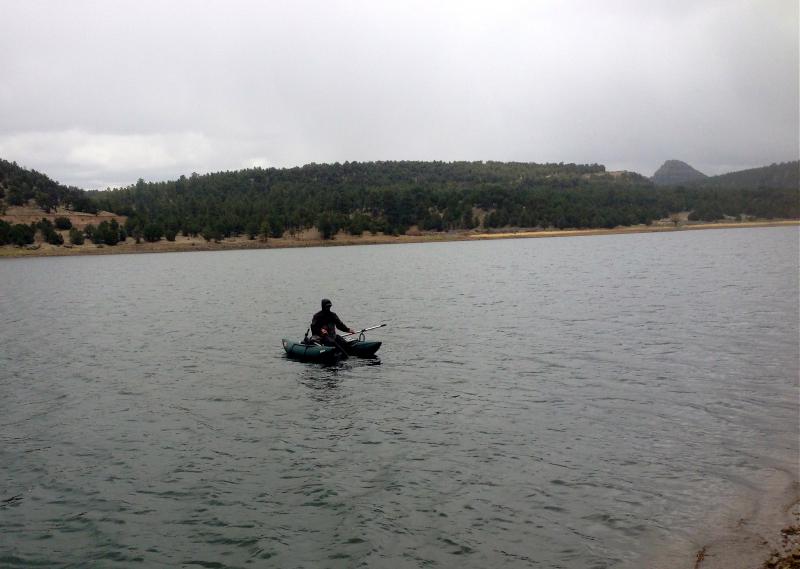 Finally accepting the fact that the sun was not going to break through the clouds I switched to a large black articulated fly. I kept thinking of the saying in fishing, “bright day, bright fly. Dark fly, dark fly”. A few casts later a fish blew up on it and started for deeper water as mach speed. I trusted my gear and gave it to him. The rod held, the 30 lb line held, but the 3/0 hook pulled almost straight and the fly came sailing back to me. I got a good look at the fish and he was close to, if not 40″ long. I guess I was a little overconfident with the less forgiving saltwater stick. My frustration could be hear at all ends of the lake. 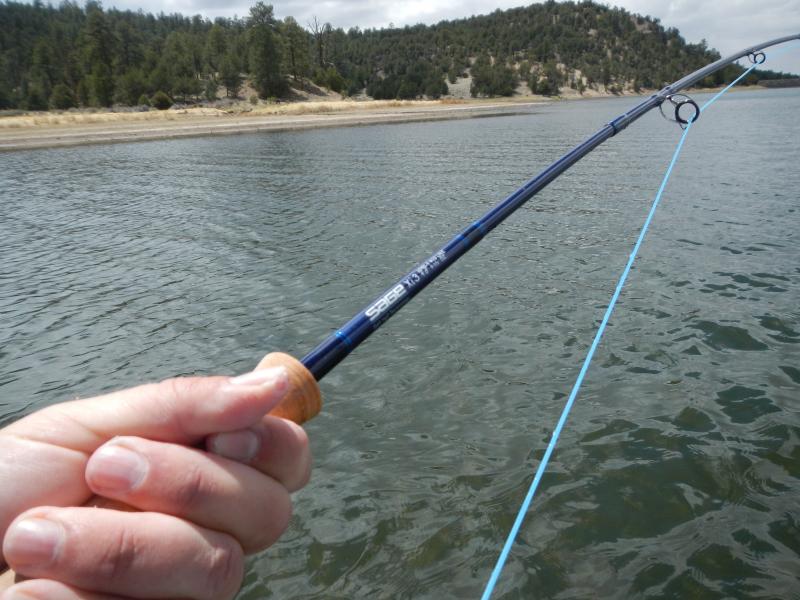 I stuck to the plan and after fixing the hook I kept casting. Not 10 casts later I came tight to another one. This time I set the hook firmly then let the fish have his head and take several yards of line from the big Galvan. Kirk and DJ were at the other end of the lake and way too far to get there in time. I started kicking to shore as I tired the big fish. I got to shore and pushed the pontoon up into the mud. The big Muskie looked fat as a pig and super docile but as soon as I grabbed his tail he went bonkers throwing mud everywhere. I set up the 10 second timer and snapped a few selfies. Sorry for the poor quality but they were the best I could muster on my own in the mayhem. 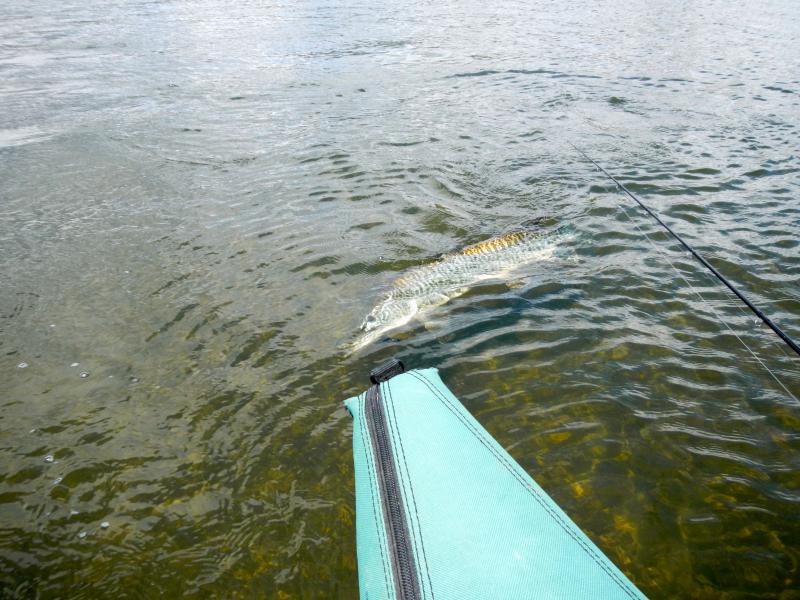 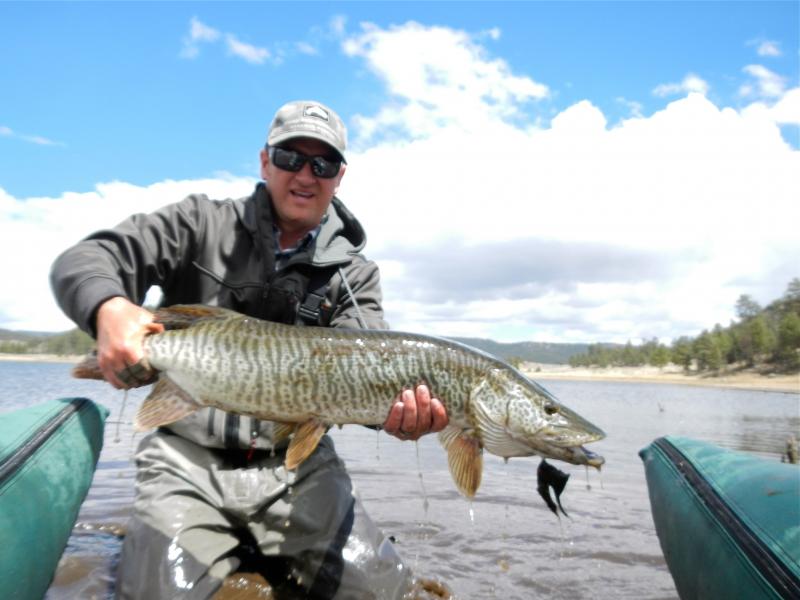 What a rush! My 57th species crossed of the fish list and a big one too. Before releasing him I taped him at 37″. My fly was toast so I clipped it off and headed back to camp for lunch. The guys were excited to hear the story and get back on the water. We fished hard the rest of the day. I caught another one, a funky miget-like guy with a big head and squished body. That was it for the day. 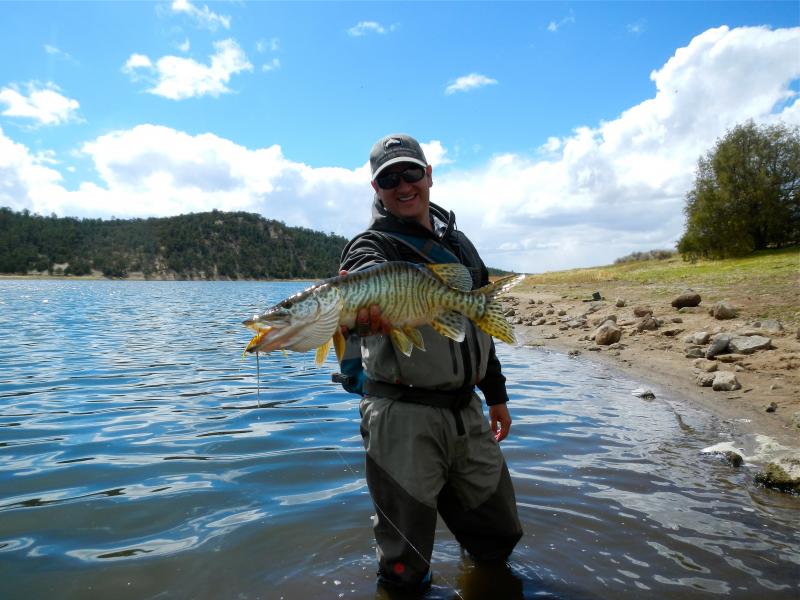 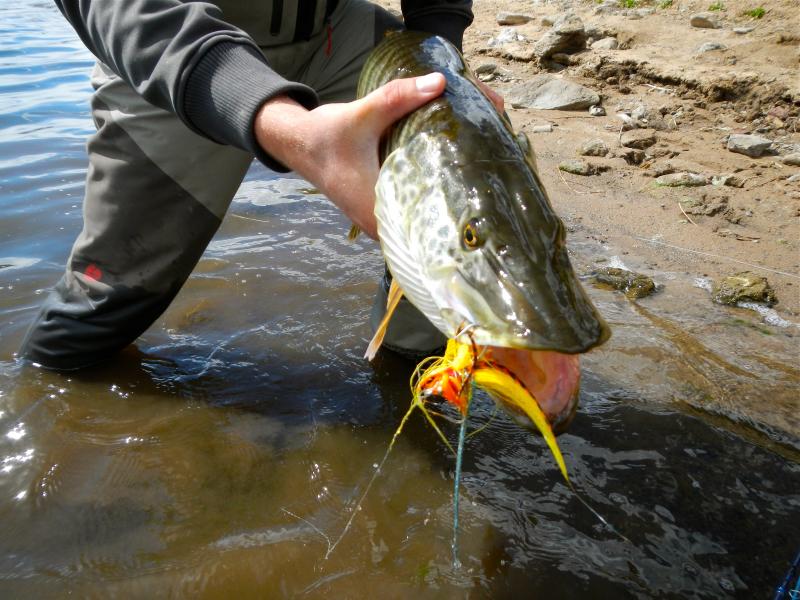 Dinner that night was awesome, fire roasted red potatoes and asparagus, grilled bratwursts, and pie iron apple pies. DJ never disappoints with the food. No photos as I barely chewed as I inhaled the goodness.

Hopefully these big fish get recognized as a game species worth establishing in more waters and we have opportunities for them in many waters. They seem to be doing great in this lake. We caught only one goldfish and only saw large mature Muskie. I hope the Muskies continue to be considered a valuable game fish and they dont revert these lakes back to trout only lakes. I like trout as much as the next guy but variety, as they say, is the spice of life. 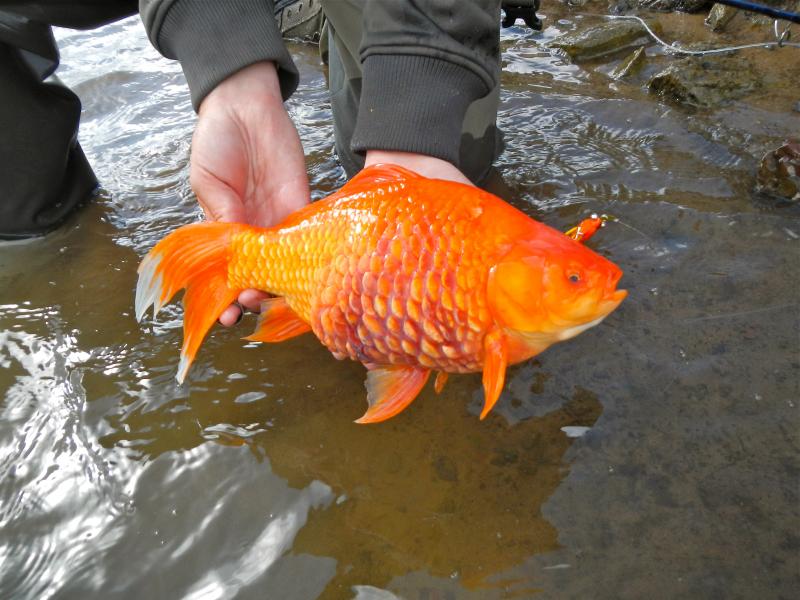