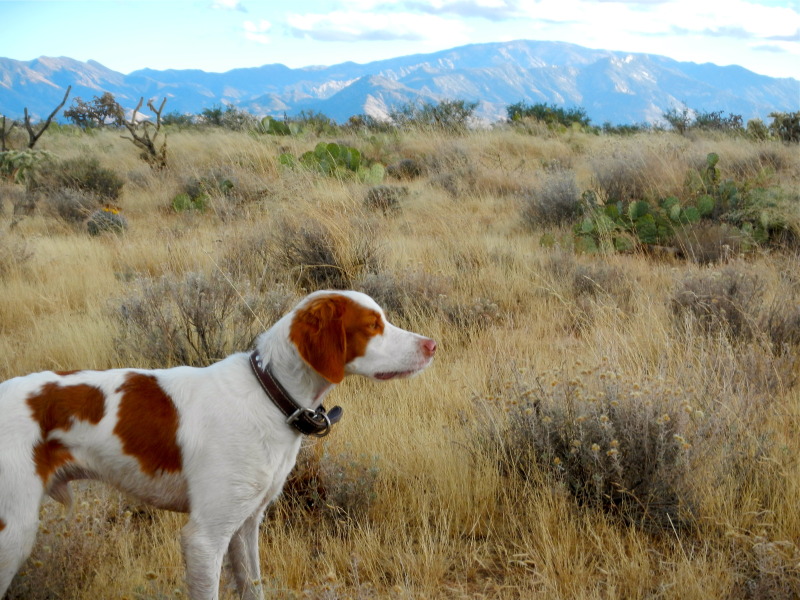 Gamble’s Quail and the First Storm of Winter

It’s finally cooling off in Arizona. This weekend was especially cool. Lows right around freezing where we hunted. A welcome change for this cold blooded guy and his hard running Brittany. I drove down to Tucson in the dark. Work has been a bit stressful and it felt good to just drive with the dog curled up in the seat next to me. I find that time in the outdoors recharging my batteries leads to increased sales at work.

Gene was waiting for me at our pre determined spot. I hunted Mearns’ quail with him last year and it was good to see him again after almost a year. His dog Scooter was ready for action in the back of the Tacoma. We loaded Chase in next to her in his own kennel and we were off. An hour later we pulled up to the spot and Gene laid out a game plan. 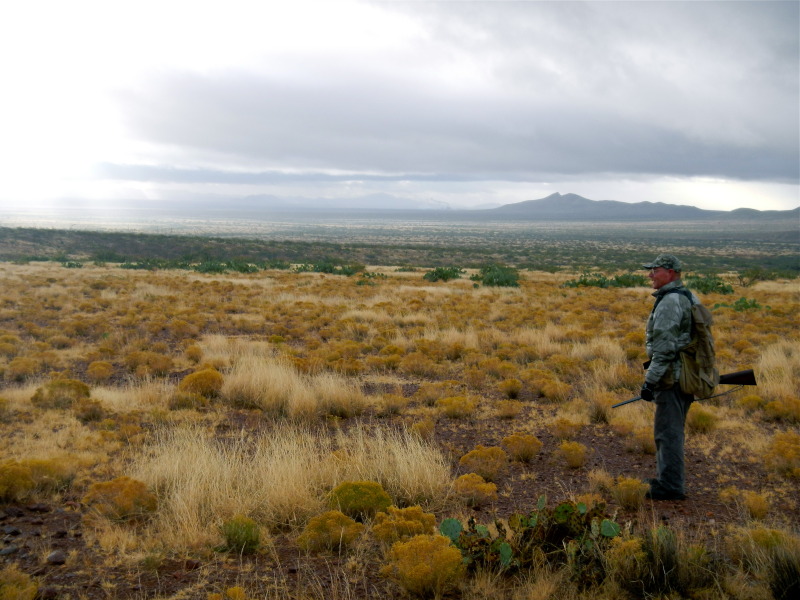 The first area we worked holds Gamble’s quail and Scaled quail. We went there for the Scalies. After a long walk with the wind blowing rain sideways into our ears and the dogs not finding any scent, we retreated to the truck to move on. A mile up the road Gene spotted a small covey of Gamble’s in a wash. We got the dogs out, split up, and got right on this small covey. The dogs both locked up, four quail grouped together not 10 feet away and in the wide open. Up they came and yours truly dutifully missed the first two shots of the day.

We learned that this first big front of the winter had the birds down in the bottom of washes to escape the biting wind. We worked up the draw and started finding more birds. The dogs had some good points. Gene was first to connect. 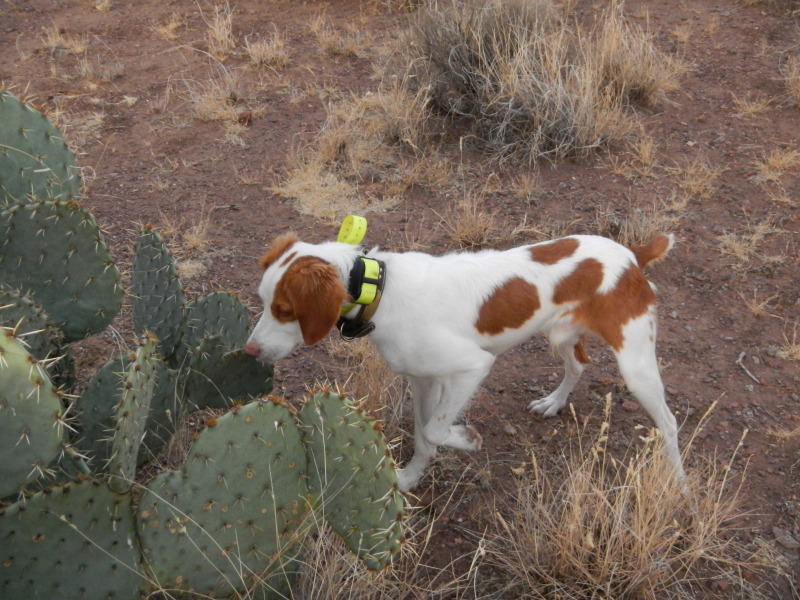 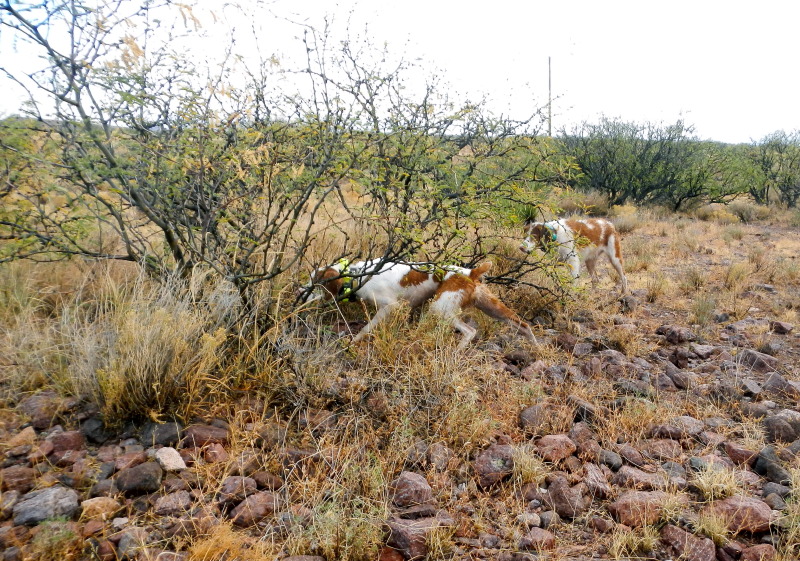 The storms blew over and the sun came out. We moved to a different area and found more birds. 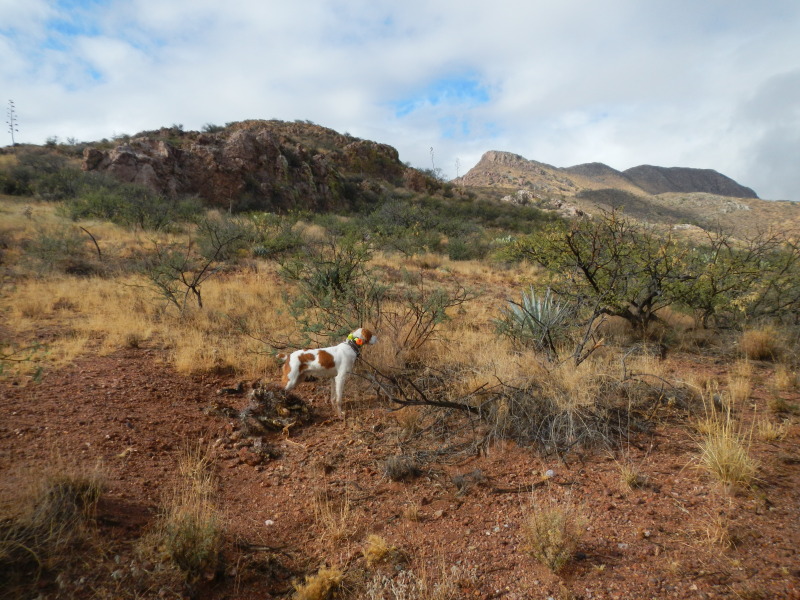 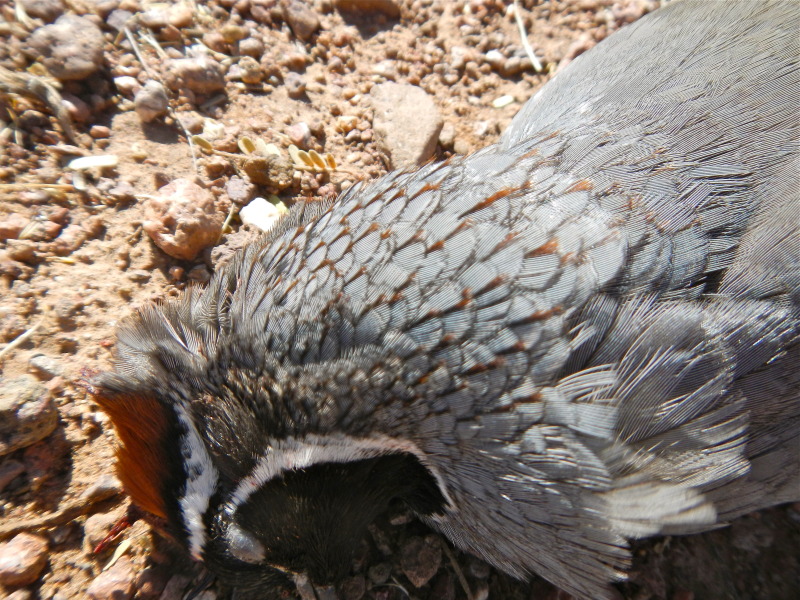 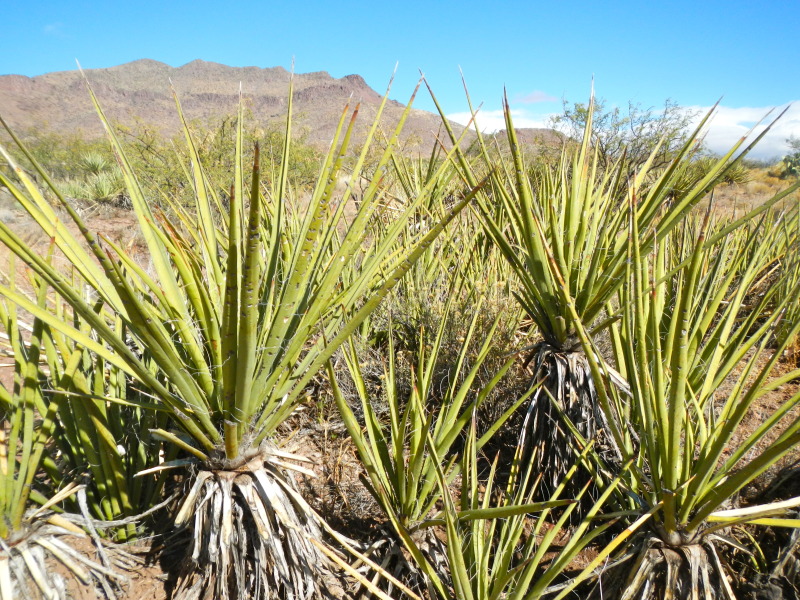 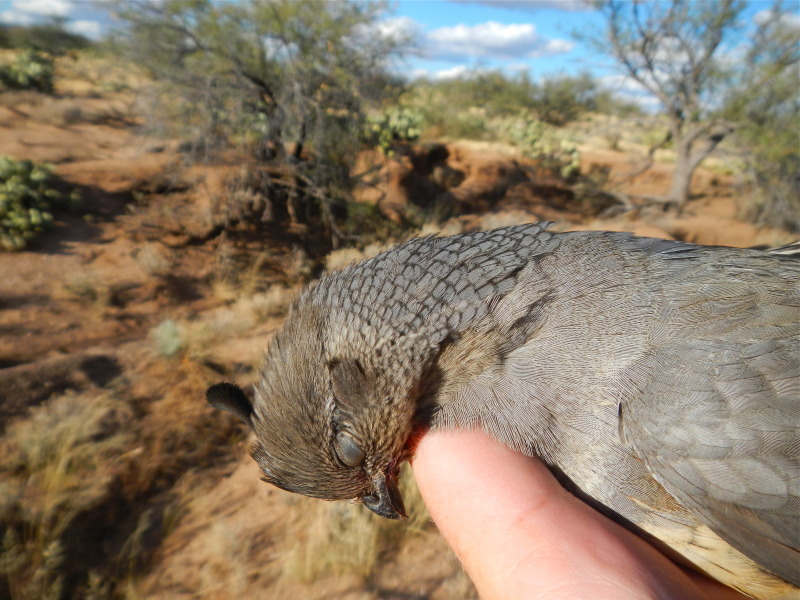 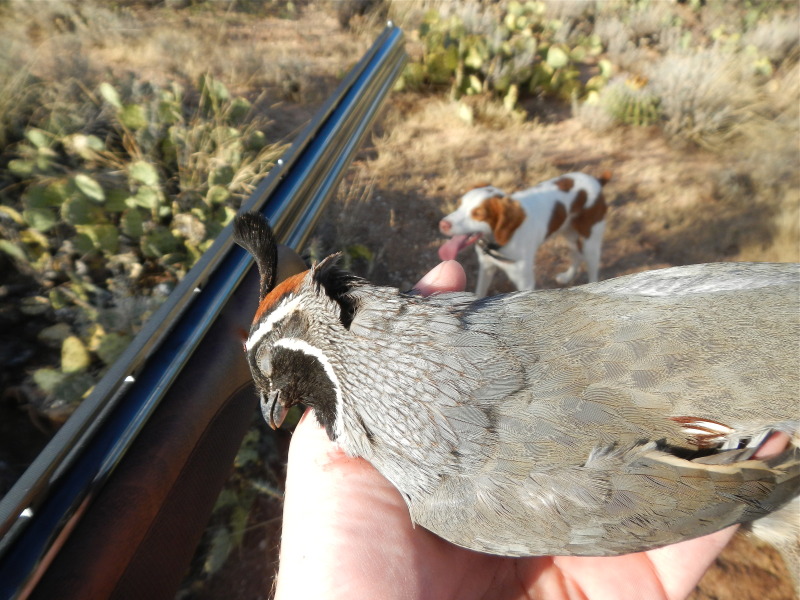 Chase is two this year. He’s really coming around, slowing down and using his nose, not rushing in on birds, and pacing himself. He still goofs off and needs some correcting but he’s going to be a good one. 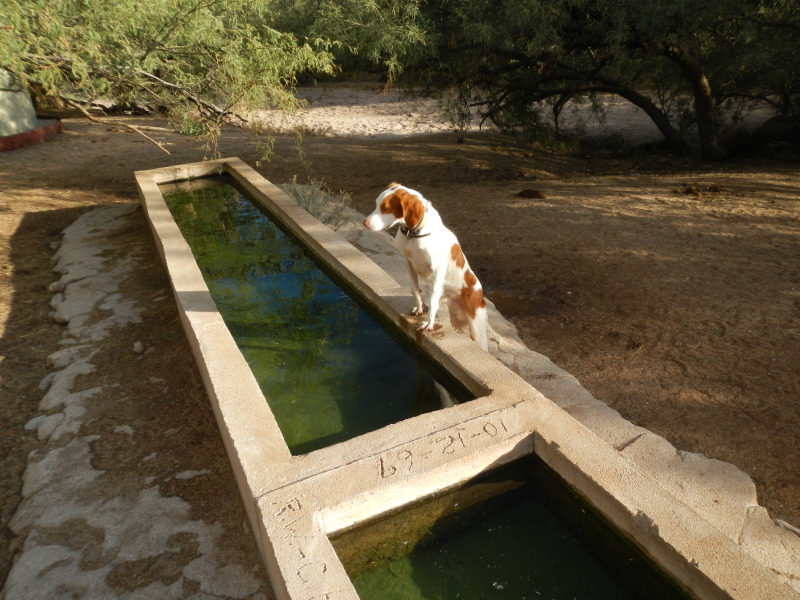 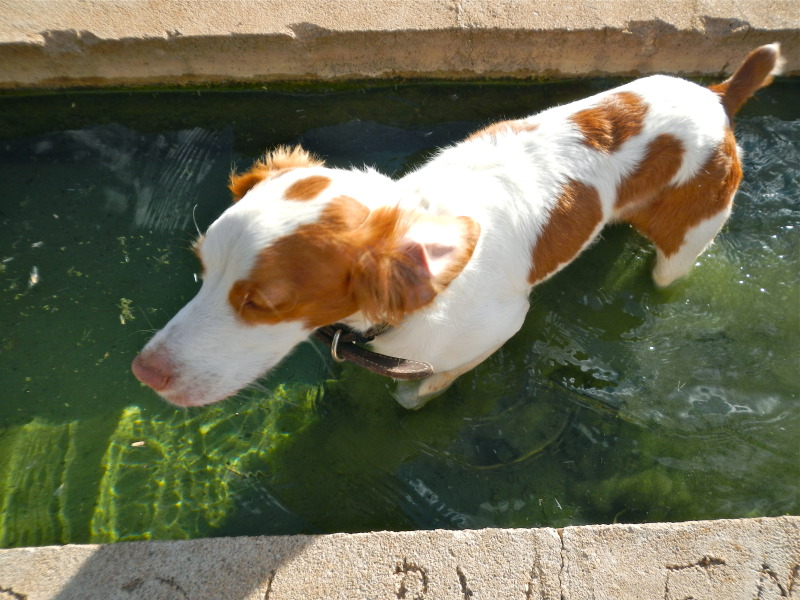 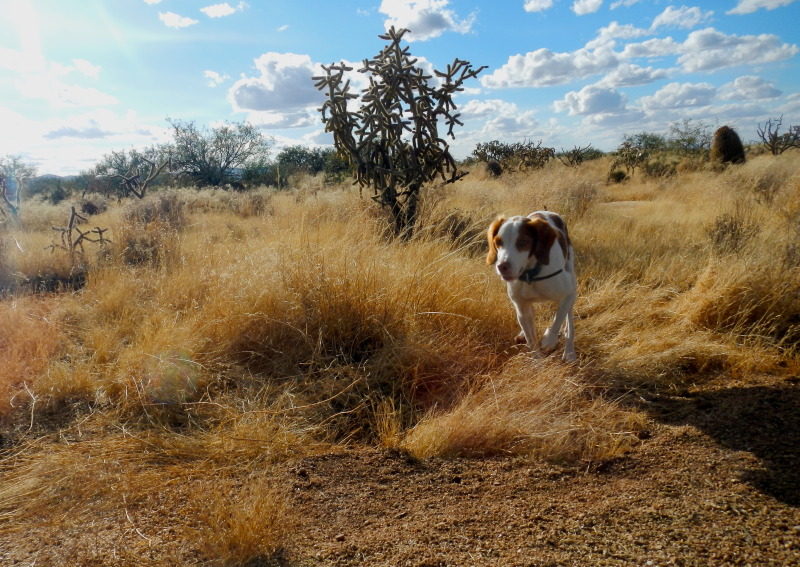