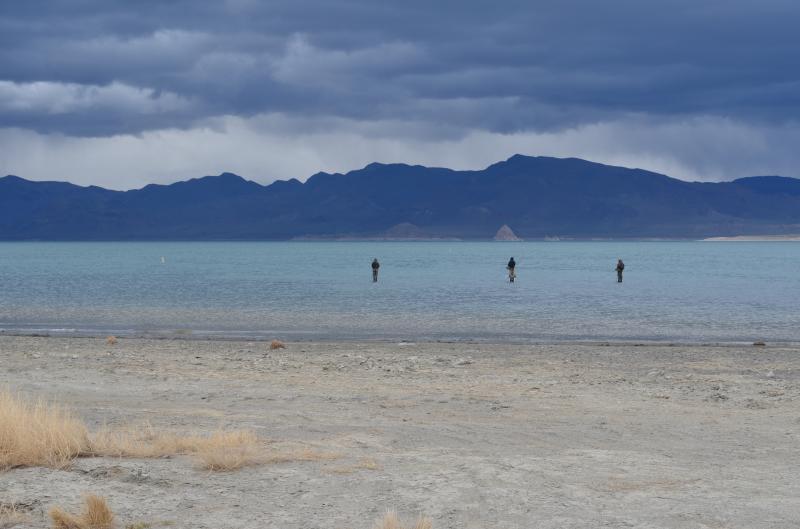 Last year was a really good time at Pyramid. Four of us drove up from Phoenix, only one of us had been before. As the trip ended we were immediately planning a return trip. Four of us turned into seven this year with Weston from Utah coming out solo and two vehicles from AZ making the trek from the South.

We marathoned it again leaving on a Wednesday night around 5:00 pm and driving straight through, 12 hours, for a before sunrise arrival. We showed up in the dark in a zombie like state and were the first in the parking lot at North nets. We dressed in warmer clothes and rigged 8wts with sinking lines and 5-6wts with floating lines and headed up with our headlights to guide us. 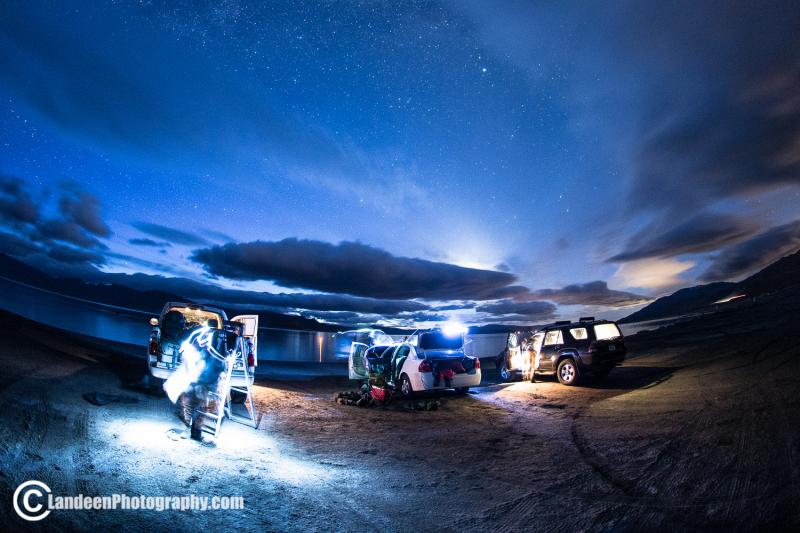 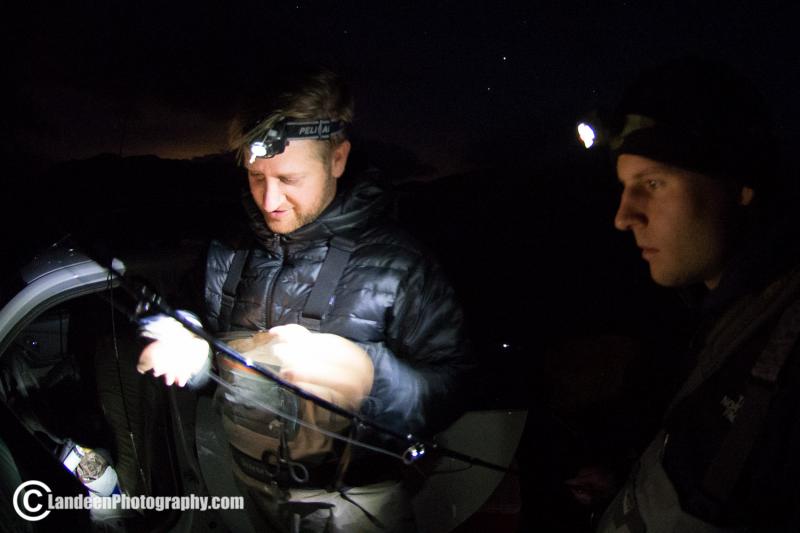 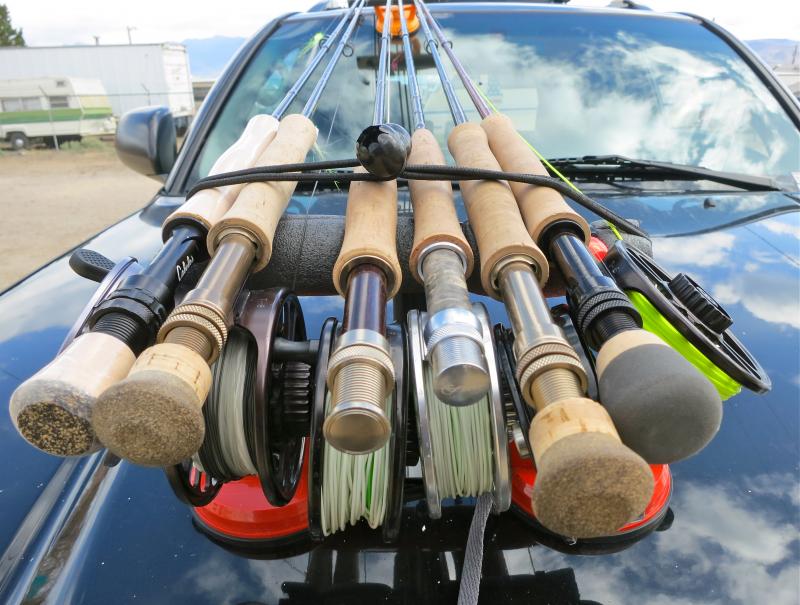 The morning was beautiful but the fishing was slow. I caught a couple but was anxious to go check out other parts of the lake. Three of us left to check out another popular beach which produced a few but was equally slow. This went on for most of day one but we ended up on a really good bite at South nets around 2:30 pm. We called the other guys and soon everyone was there hooking up. Several doubles and six fish over 25 inches. This is the Pyramid that draws fly anglers from everywhere. After trying for four and a half years I finally broke my personal best public water trout record with a 28″ Lahontan Cutthroat. Truly a day to remember. 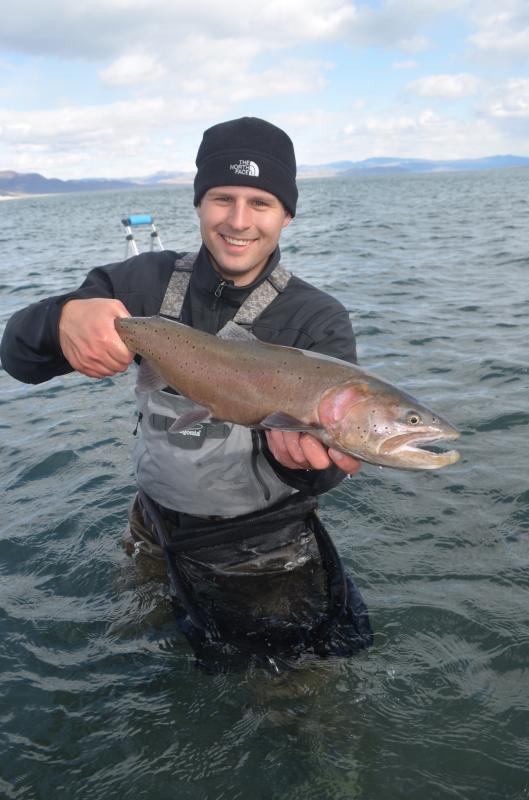 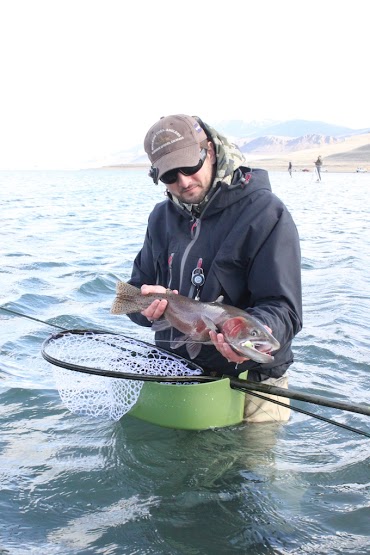 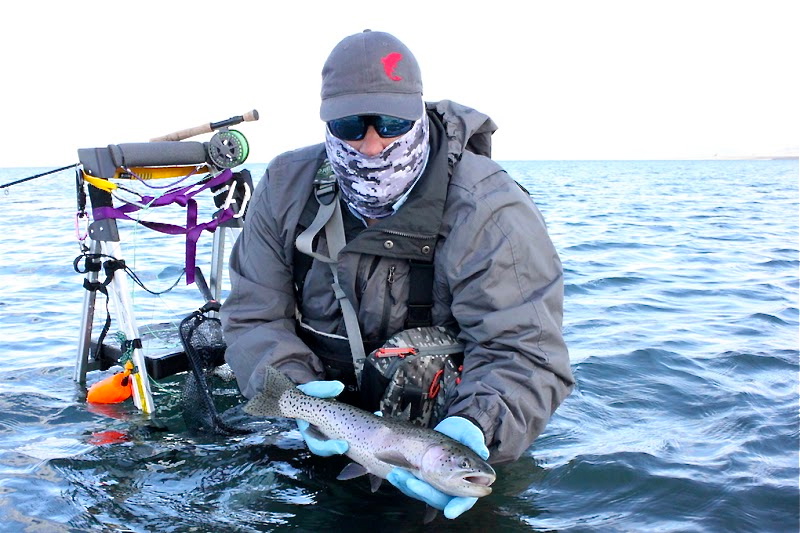 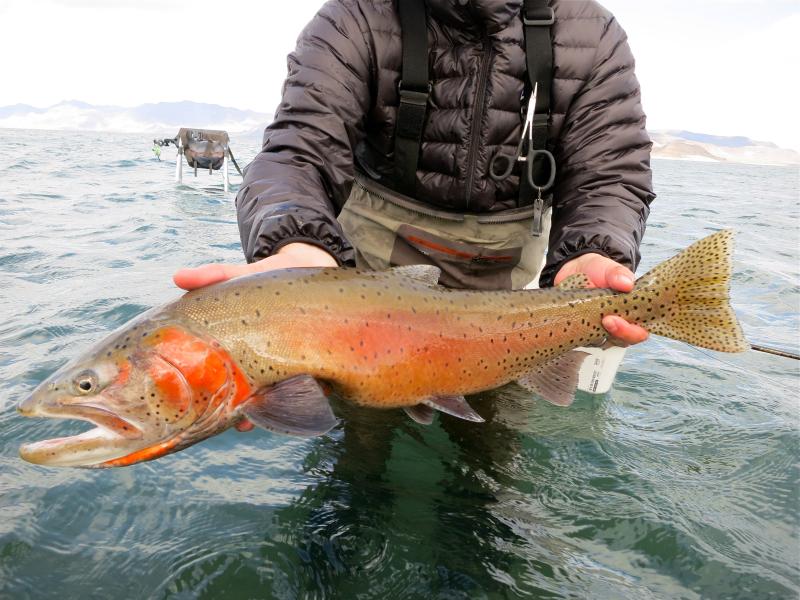 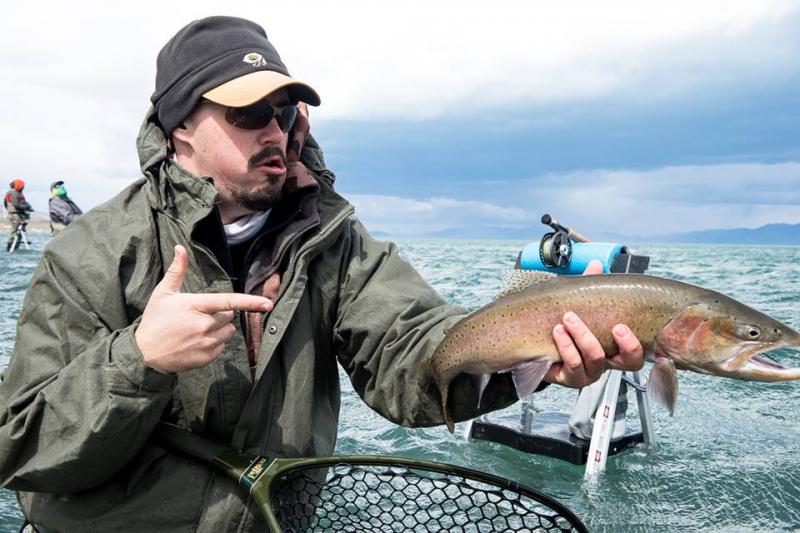 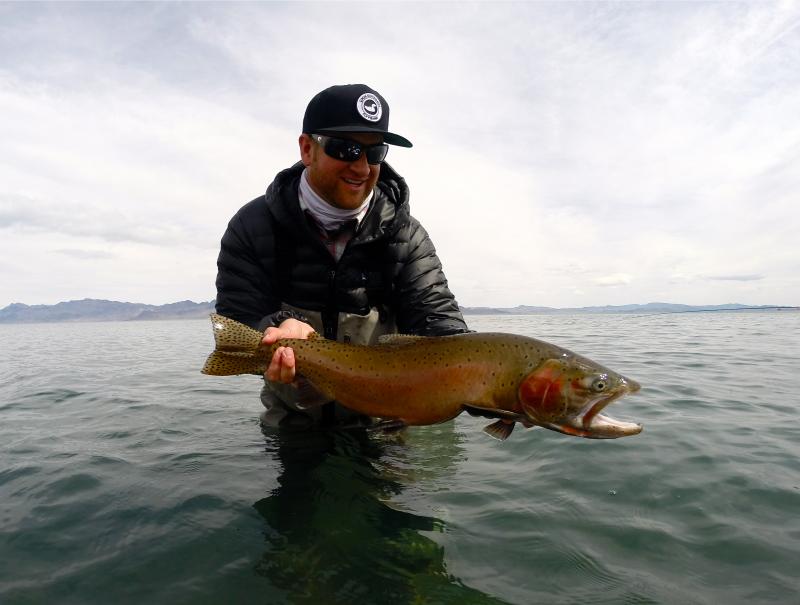 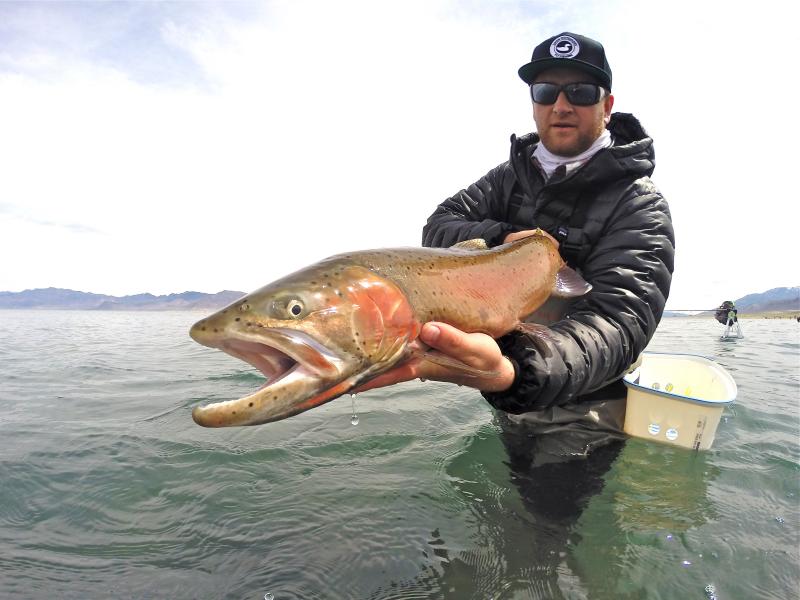 The bite died with a wind change and we headed to Crosbys where we retrieved the keys to the travel trailers we would call home for the next two days. That night we all gathered around the Weber and grilled perfectly marinated carne asada from a local hispanic market here in Arizona. After an all night drive and all day fishing we were both hungry and stupid tired so we ate like kings and went into food comas for the night. 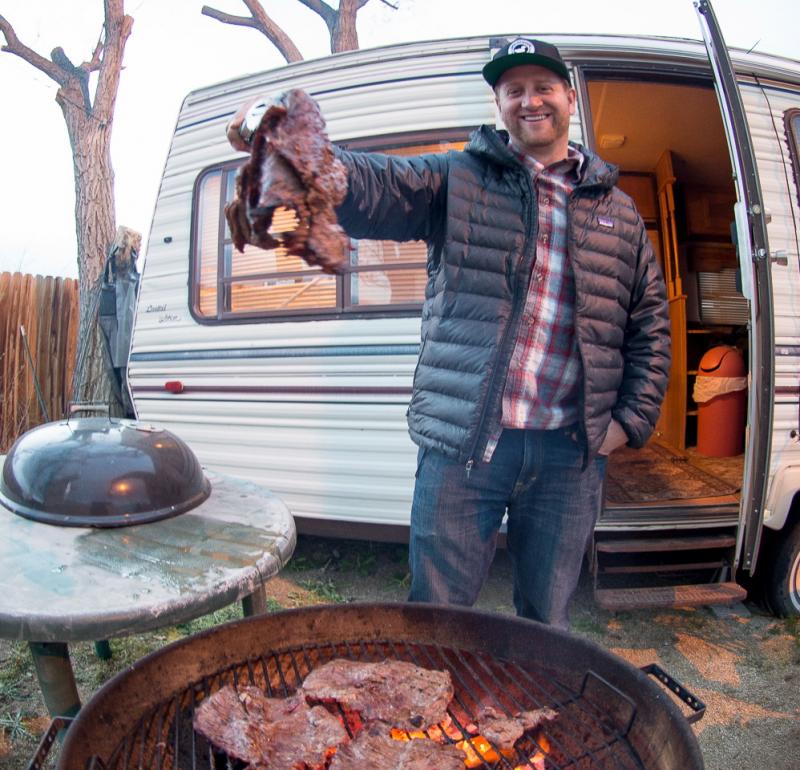 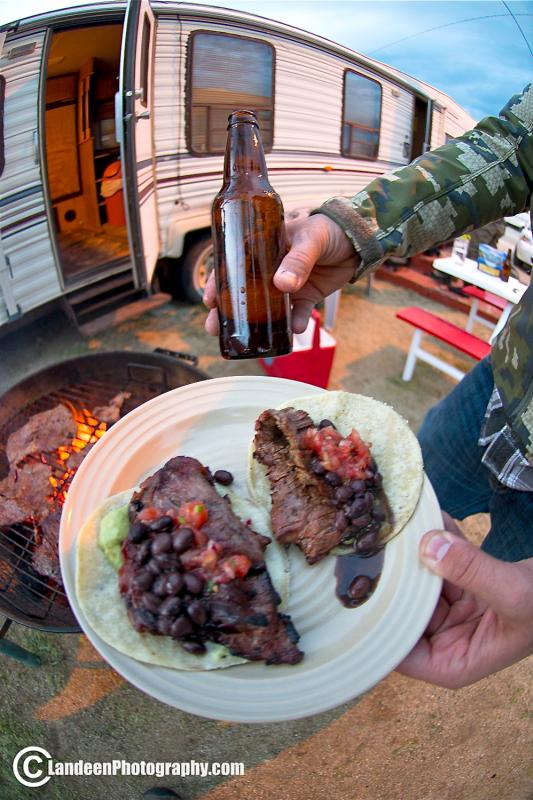 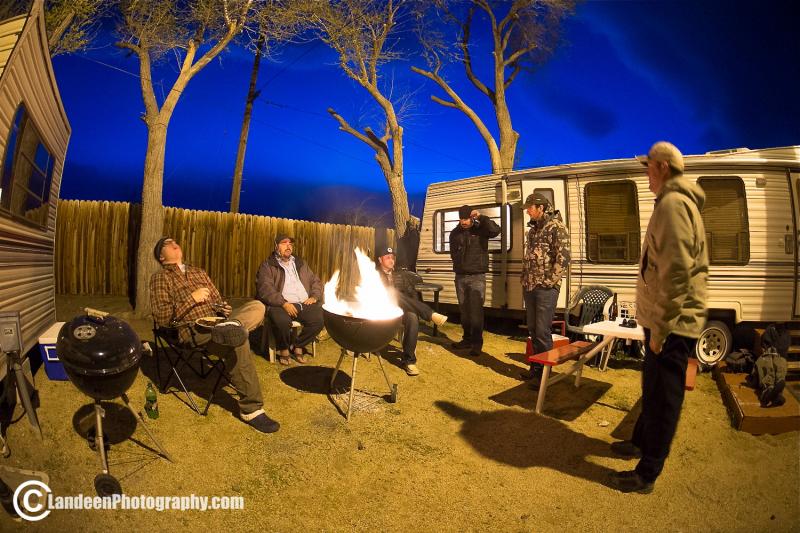 Day two was slower but we still managed several nice fish. From what i’ve seen at Pyramid, if you can get a medium wind coming in towards shore or angling in the fishing is usually pretty good. When its at your back the casting is much easier but the fish seem to push out further and not be so concentrated right in front of the ladders. We had wind at our backs most of the day. I ended up catching nine but I worked for them. The highlight of day two was Bens javelina chili. Alex brought some fresh from Tucson flour tortillas that I believe were made with cocaine. The hot chili wrapped up in a warm tortilla was unreal. There are some perks of living in AZ. Access to fresh mexican food is pretty nice. Oh and did I mention Weston brought elk backstrap steaks from a bull he got? That was our “dessert” after the chili. I thought I was going to pop I was so full. 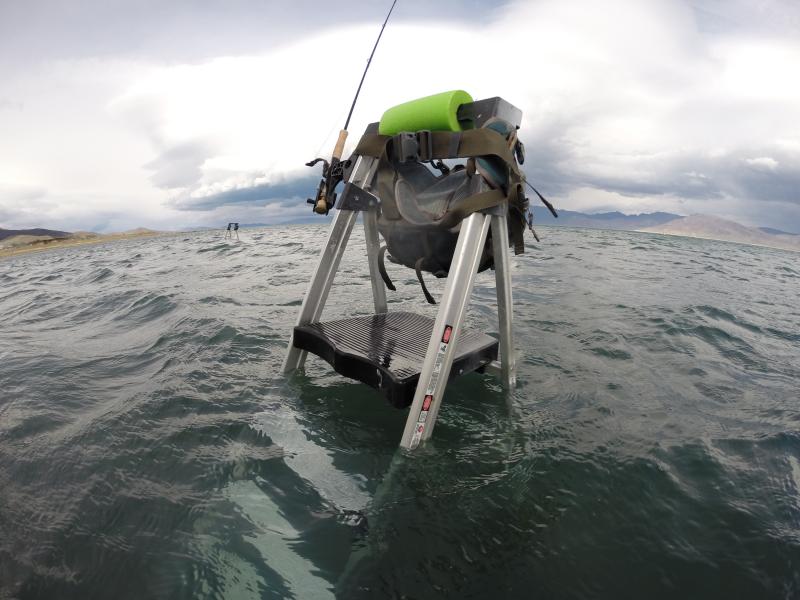 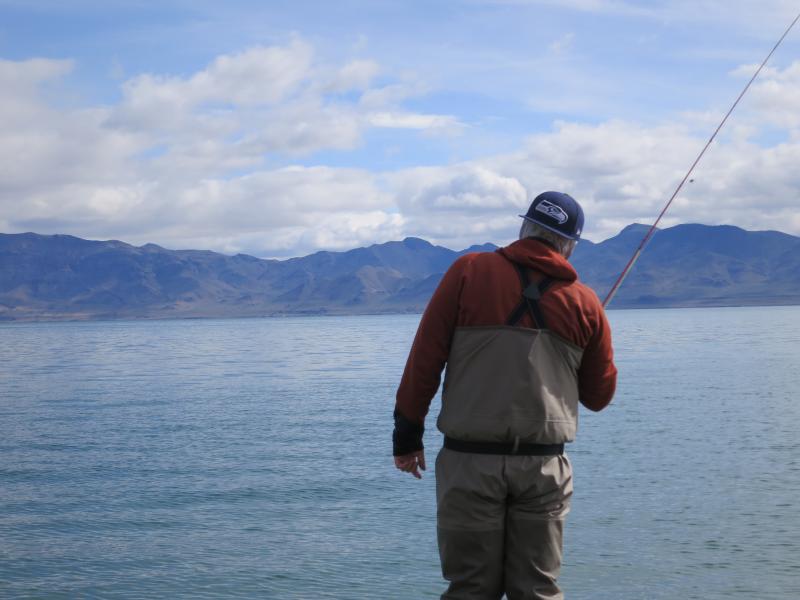 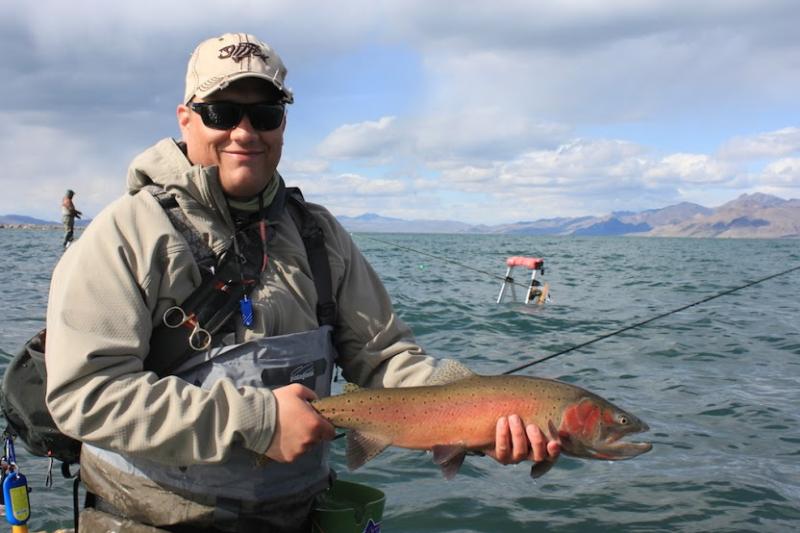 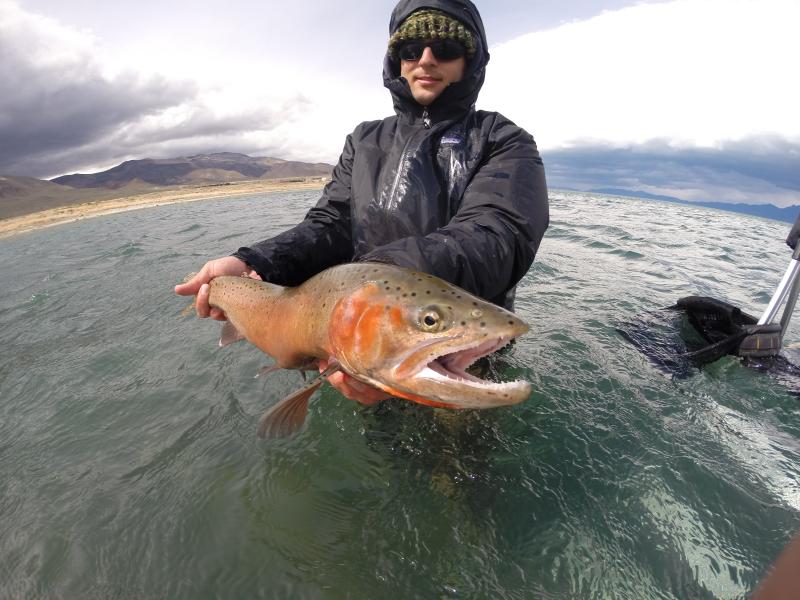 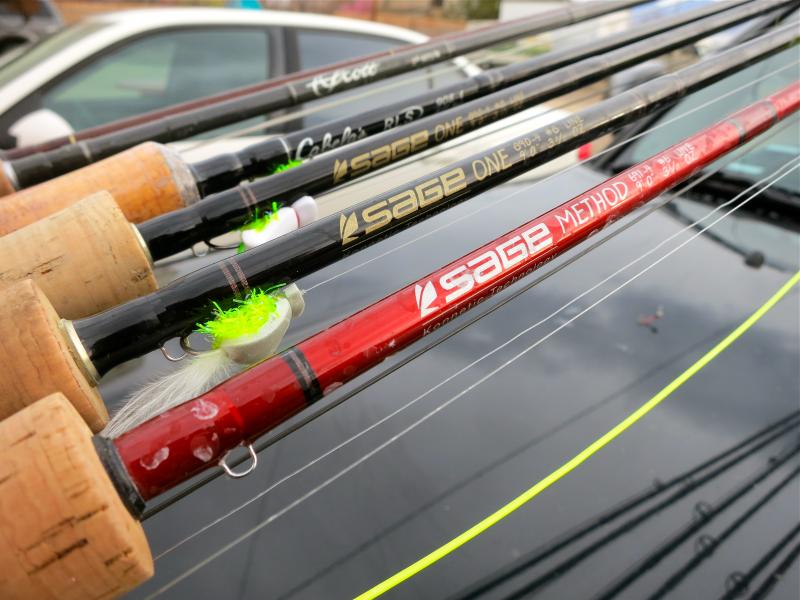 That night the wind really, and mean really picked up. At 3:00 am the door to our trailer was ripped wide open. I got up and shut it only to have it blow open three more times. At that point we just left it and slept until the sun came up. It blew like this all of day three. We later learned gusts we clocked at 70 mph. This along with the pressure change made fishing pretty slow. I got skunked and gave up around 12. I was fine with it being very satisfied after days one and two. It was actually kind of fun to see what the wind can really do there.

We drove to Reno and ate at the Atlantis buffet. All you can eat steak and seafood. Crab legs were good, everything else was eh.. just ok. We fished the Truckee the next morning but had to get back for work and with it snowing on us, there were very few fish to hand. Pyramid is a place that calls you back. I know of nowhere else in the states that consistently produces trout of 24″ on every trip. Is is March again yet?

** To check out the websites for the other guys on this trip please visit the links below. **
Landeen Photography
AZ By The Fly
Arizona Wanderings
Purchase Landeens prints here. I believe i’m going to have a canvas made of one or more of these.